Learn 12 idiomatic expressions that come from sports – with pictures and examples.

Dropping the ball is an error in baseball.

To make a mistake, especially when you didn’t complete one of your responsibilities. This idiom comes from the fact that in baseball, dropping the ball is an error in the game. 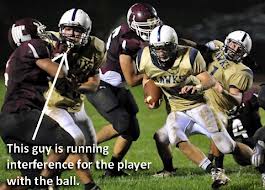 To help someone by resolving problems for them. Football players “run interference” by stopping players from the other team from getting the player with the ball.

It’s difficult to rent an apartment in Stockholm – it’s probably best to have a real estate agent run interference for you. 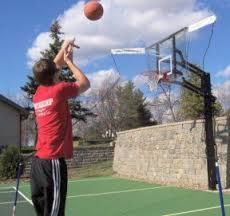 He is taking a shot

take a shot at / give it your best shot

The idiom “take a shot at” means to try something (often something difficult). To “give it your best shot” means to try your best. In basketball (as well as soccer and several other sports), a “shot” is an attempt to put the ball into the basket or goal.

I can’t solve this math problem. Do you want to take a shot at it?

I’m not sure if I passed the test, but at least I gave it my best shot. 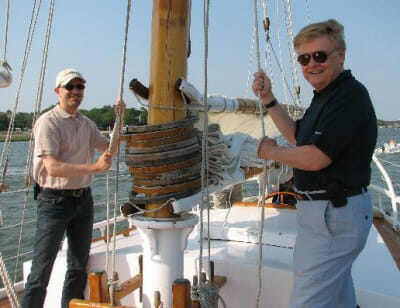 Ropes are necessary for controlling the sailboat.

show someone the ropes

The idiomatic expression “show someone the ropes” means to teach someone how to do something (such as a job or a process). In sailing, it is essential to know how to use the ropes in order to control the boat.

It’s my first week on the job, so the manager is showing me the ropes. 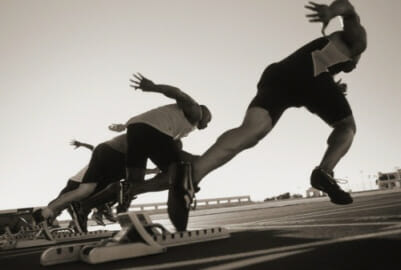 If a runner “jumps the gun,” he starts too early.

The idiom “jump the gun” means to do something too early or too soon, before the correct time. This idiomatic expression comes from the fact that a gun was used to give the starting signal for races, so a person who started before the signal was given was said to “jump the gun.”

They jumped the gun and started selling products before receiving their business license. 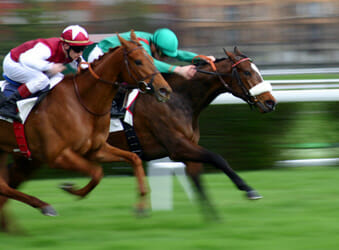 If the horse “hits its stride,” it runs at a fast, continuous speed.

The idiom “hit your stride” means to achieve a good continuous level of performance. “Stride” is a word that refers to the steps taken while walking or running. When a horse “hits its stride” in a race, it maintains a good speed in a comfortable way.

Our company’s sales were weak in the beginning, but we really hit our stride after we launched our second product. 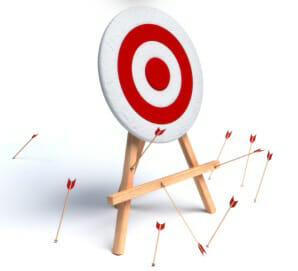 All of these arrows were wide of the mark.

wide of the mark

This idiomatic expression means “not accurate.” It is often used to describe predictions or estimates. In archery, arrows that fall far away from the target are said to be wide of the mark (target).

His sales estimates for the month of January were wide of the mark. 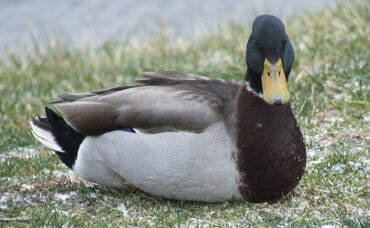 A sitting duck is easy to shoot and kill.

A “sitting duck” is an easy target for an attack. In hunting, it is very easy to shoot and kill a duck that is sitting, because it is not in movement. The idiom “sitting duck” can be used to describe the targets of literal physical attacks (like in a war) or other types of attacks (like verbal or social attacks).

Example from war: The soldiers in the camp were sitting ducks for the enemy’s air attack.

Example outside war: Ralph messed up four major projects recently, so when it came time to make cuts to the staff, he was a sitting duck. (= Ralph was an easy target to lose his job) 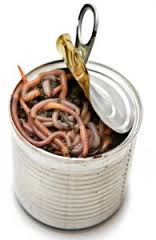 You don’t want to open that can of worms…

“Can of worms” is an idiom that means “a difficult, complex, or unpredictable problem” (or multiple problems).

The political situation in that country is a real can of worms. 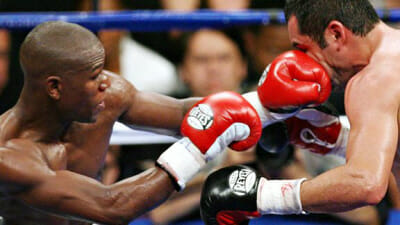 The idiom “one-two punch” means a combination of two things that are especially powerful or effective. This expression comes from boxing, where hitting the opponent twice (with one punch and then another) is very powerful. “One-two punch” can be used for both positive and negative situations.

Positive Example: The one-two punch of excellent food and top-quality drinks make this the best restaurant in town.

Negative Example: Losing his job and his house in the same month was the one-two punch that sent him into depression. 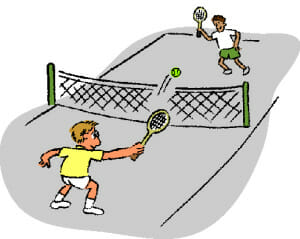 The ball’s in your court now!

the ball’s in your court

This idiomatic expression means “you have the responsibility for the next action.” In tennis, the area where the game is played is called a “court.” If the ball is in your side of the court, it means you need to hit it to continue the game.

I’ve offered her $15,000 for her car. The ball’s in her court now.
(= she needs to make the decision whether she will sell the car for that amount of money)

par for the course

“Par for the course” means “something normal and expected.” The area where golf is played is called a course. The term “par” refers to the average number of tries that are necessary to complete each part of the course.

Of course the classes in your Masters Degree are difficult. That’s par for the course. 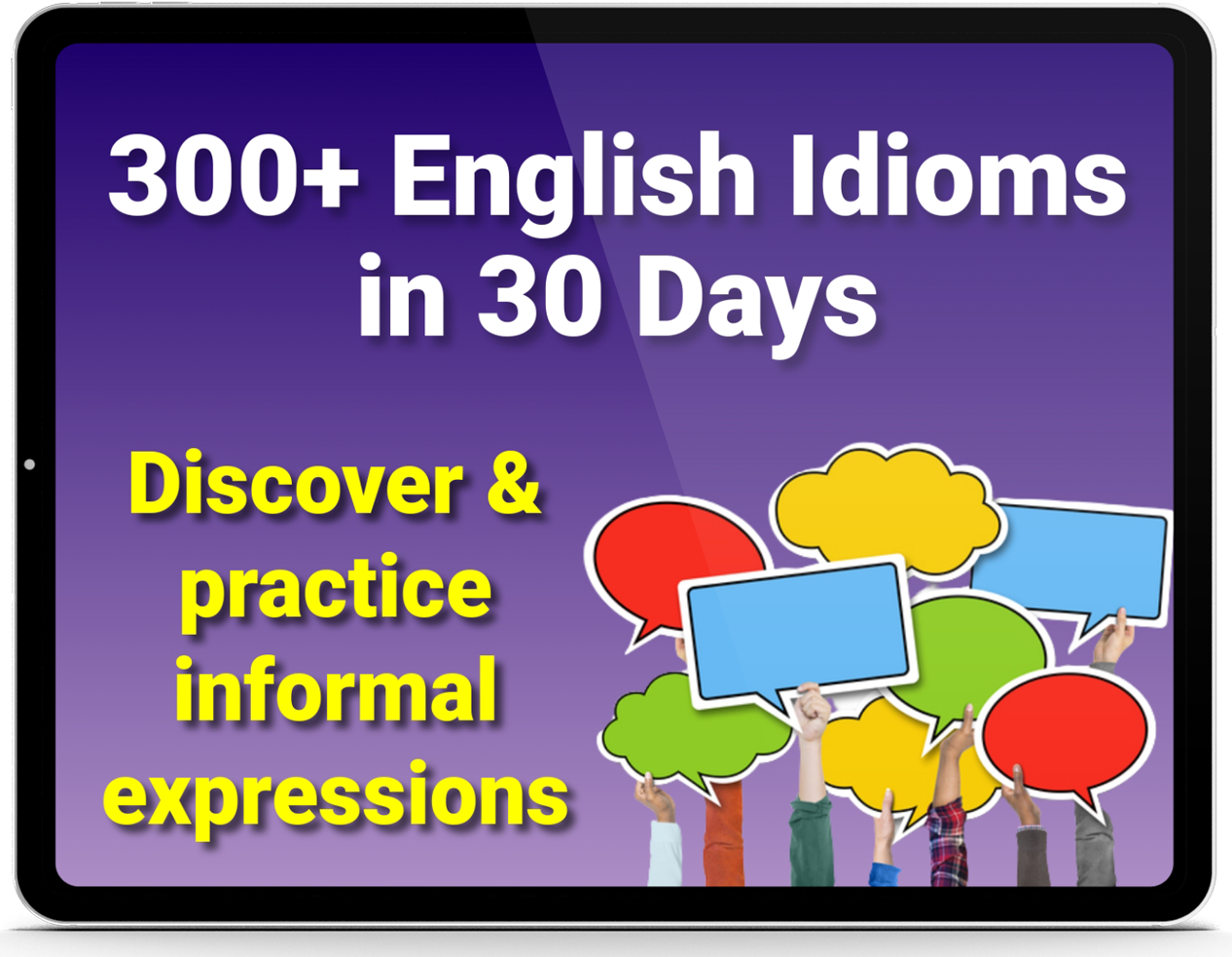 Learn more about the Idioms Course
Tweet Pin It