The meaning of the word changes depending on its pronunciation.

Learn 8 English words that can be pronounced two different ways – the meaning of these words change depending on their pronunciation!

pro–gress (noun) – movement towards a goal or end point

“I’ve been making a lot of progress in my English speaking skills.”

Idiom: If something is “a work in progress,” it means it is going on, but not yet finished.

re-cord (noun) – something that is put in writing (or another permanent form, such as audio, film or a computer database) to preserve the information

“Our records show that your order was shipped on January 13th.”

“Is it OK if I record today’s lecture? I’d like to listen to it again later.”

Slang: If someone says something “off the record,” it means it is not intended for publication.

“The president told the journalist that his statements were completely off the record.”

“She has perfect teeth.”

per-fect (verb) – To make something perfect or complete

“I’ve been studying English for a while, but I’d really like to perfect my pronunciation.”

“Coffee and soybeans are the country’s biggest exports.”

“Twenty billion barrels of oil were exported in 2009.”

Note: The same applies for import and import.

“There’s a huge protest happening in the city park – there must be 10,000 people there.”

pro-test (verb) – Taking organized action to disapprove of something

“The students protested when the teacher gave extra homework.”

“The people rebelled against the oppressive dictator.”

“Fifteen rebels were killed in the battle.”

Note: “Rebel” is also used to describe a person who generally does things very differently from the established or generally accepted way: “My son’s a little bit of a rebel.”

“Alcohol is not permitted inside the school.”

“We need to get a building permit from the city before beginning construction.”

“Babies often reach for shiny objects like earrings and necklaces.”

ob-ject (verb) – To be against, to express a disagreeing opinion

“I strongly object to the manager’s decision to cut employee benefits.” 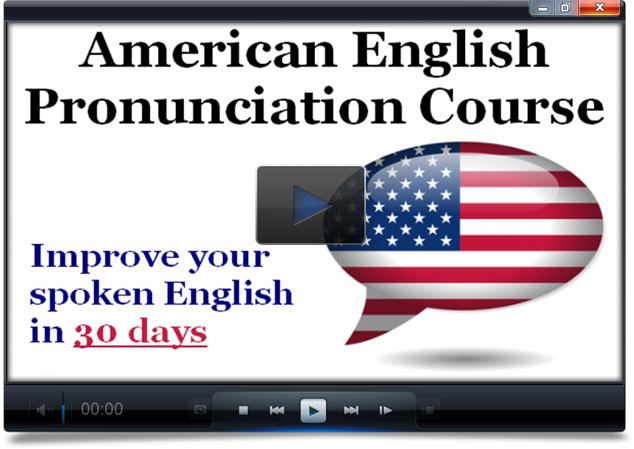 Learn more about the Pronunciation Course
Tweet Pin It