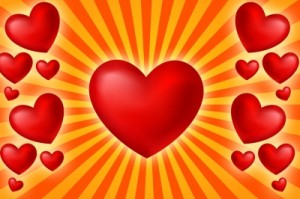 To “hit on” someone means to flirt with, to say or do things that demonstrate romantic interest.

“I wish Peter would stop hitting on me. I’m just not interested in him.”

To “make out” with someone is to kiss passionately.

“When I was a teenager, I’d make out with my boyfriend in the back of his car so that my father wouldn’t see us!”

If you “hook up” with someone, it means you have casual sex. “Hook up” is usually something you do after going to the bar or a party. In general, it is one night of sex, not in a committed relationship.

“She got drunk and hooked up with some guy she met at the bar.”

A man who is a “player” is a man who has relationships with many women or someone who “plays” with women’s emotions. “Player” is generally a negative word.

“I don’t think Rob’s good boyfriend material. He seems like a player.”

If a woman gets “knocked up,” it means she got pregnant – often unintentionally (without wanting or planning to).

“Amanda got knocked up by a famous actor, but he claims he’s not the father of the baby.”

Be careful – “Knocked up” is not a very nice expression. Don’t say it about yourself, and never say it directly to a pregnant woman.

If a man “pops the question,” it means he asks a woman to marry him.

“Jerry popped the question to his girlfriend on New Year’s Eve – and she said yes!”

wear the pants in the relationship

If a woman “wears the pants” in a relationship, it means she has more control of the relationship than her boyfriend or husband.

“Peter’s wife is the one who wears the pants in the family – she makes all the important decisions.”

An “old flame” is a person with whom you had a romantic relationship in the past.

“Many affairs start when the husband or wife receives a message from an old flame on Facebook.”

If one person “dumps” their boyfriend or girlfriend, it means they end the relationship.

“Susan dumped her boyfriend after she caught him kissing another girl.”

“Dump” is a rather strong word, usually meaning that the relationship ended badly. If you want to describe the end of a relationship with a more neutral phrase, you can say “She broke up with her boyfriend.”

To “patch things up” is to resolve problems or conflicts in a relationship.

“My aunt and uncle were having some problems in their marriage last year, but they’ve patched things up.”

Pick the right slang word to complete each sentence!
Start
Congratulations - you have completed Quiz: American English Slang Words - Relationships. You scored %%SCORE%% out of %%TOTAL%%. Your performance has been rated as %%RATING%%

"Do you think it's possible to be friends with _______________?"
Once you are finished, click the button below. Any items you have not completed will be marked incorrect. Get Results
There are 10 questions to complete.
You have completed
questions
question
Your score is
Correct
Wrong
Partial-Credit
You have not finished your quiz. If you leave this page, your progress will be lost.
Correct Answer
You Selected
Not Attempted
Final Score on Quiz
Attempted Questions Correct
Attempted Questions Wrong
Questions Not Attempted
Total Questions on Quiz
Question Details
Results
Date
Score
Hint
Time allowed
minutes
seconds
Time used
Answer Choice(s) Selected
Question Text
All done
Need more practice!
Keep trying!
Not bad!
Good work!
Perfect! 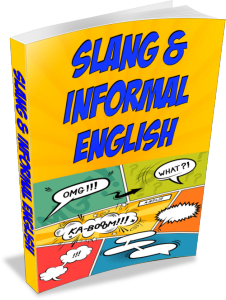 Learn more about the Slang E-Book
Tweet Pin It 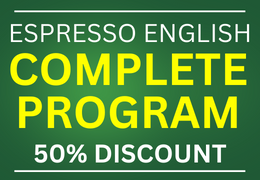