set the table = arrange the table in preparation for eating; put plates, bowls, glasses, napkins, utensils, etc. on the table

set sail = begin a journey on the ocean in a boat

set a record = establish/create a record; do something better than anyone has done it before

set a precedent = establish a situation that could become a tradition or will be used as reference for future similar situations. It usually refers to a legal decision that may be considered a standard for future cases.

set a trap = prepare a piece of equipment to catch an animal, or prepare a strategy to catch, trick, or hurt an unsuspecting person 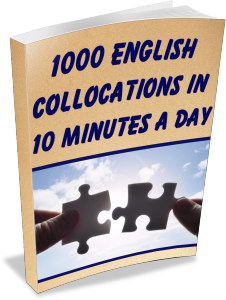 English idioms and expressions with SET

(something) is all set = it’s completely ready/finished

set your heart/mind/hopes/sights on = desire something, want to get it or do it

set the record straight = correct a mistake or misunderstanding

not set in stone = flexible, not confirmed or final

set the stage for = make preparations for another activity to occur

set apart = make something noticeable and distinct from others

set back = cause a delay. The noun form “setback” can also be used for an event that delayed things

set something down = put it down

set out = begin a journey or display things for viewing

set up = establish, assemble, or prepare a structure for use